Ten years after John Reid committed British troops to Helmand, news from the province is not encouraging. Reports indicate yet more violence and instability. I’m not surprised – as early as July 2012 there was evidence to suggest that this was the most probable outcome but this was deemed “off-message” and quietly suppressed.

About this time, the boffins in Regional Command South West, Task Force Helmand’s US Higher Headquarters produced a perception trend report based on aggregated monthly surveys conducted over the previous 12 months. After my experience with the PsyOps dodgy data I was more than a little sceptical of these kinds of reports. This one, at first glance, appeared to conform to the standard pattern of self-deception with which I had by now become familiar. According to this report, dubbed The AP-A Atmospherics Word on the Street, everything in Helmand Province was coming up roses.

The data had been presented in a graph that plotted Atmospheric Values – whatever they were – over time. According to the graph, public perception of the Taliban was very low, represented by a red line knocking along the bottom of the horizontal axis. Perceptions of GIRoA, a bold green line, were several points higher somewhere in the centre of the graph. Naturally, given this was a US report, perceptions of ISAF were highest of all, a striking cobalt blue line running along the top of the chart.

I was pretty certain that none of the respondents in the survey had been canvassed on the streets of Kakoran, or any of the other places I’d visited recently. But, this aside, something else about the slide caught my eye.

The Regional Command egg heads had applied some linear regression to their data points to smooth the red, green and blue lines running across their chart. While this helped to illustrate their point that perceptions of GIRoA were significantly higher than those of the Taliban, I also observed that there was a slight downward trend to the GIRoA data set.

I decided to redraw the graph, extending the timeline out to December 2014, when British forces were due to depart Afghanistan. I then extrapolated the Taliban, GIRoA and ISAF trend lines based on the Regional Command linear regression and discovered that while perceptions of the Taliban continued to bump along the bottom of the graph, at some point around June or July 2014, assuming current trends remained constant, perceptions of GIRoA would be as low, if not lower, than those of the Taliban.

This did not augur particularly well for successful transition. But it did, perhaps, provide the insight we required to un-fuck the goat in 2012 as Colonel James had directed.

My analysis was admittedly rather crude but necessarily so. Since I didn’t have the original data set to work from I’d simply extrapolated from the Regional Command graph, but I felt certain I’d done enough to warrant further investigation.

I showed my redrawn chart to Colonel James who dismissed it with a wry smile. It wasn’t telling him anything he didn’t intuitively know already. I then fired it back to the Regional Command boffins for their comment. I didn’t have to wait long. First came an anonymous reply from a shared email address which, in not so many words, told me that I was a dumbass infantryman and couldn’t possibly understand the complexities of applied mathematics and statistical analysis. I should leave the number crunching to the number crunching experts and get back out there and kill more bad guys.

As a parting shot the anonymous boffin smugly informed me that it was not possible to use the data for forecasting purposes as I had done. Spotting an obvious flaw in his intellectual superiority line of reasoning, I replied by pointing out that the linear regression he’d originally applied to the data was generally used for exactly this purpose. He retorted by stating that 12 months data was not enough to produce an accurate forecast. I agreed, and asked him to send me all the data for the previous five years.

At this point email communication ceased.

I took to the telephone and tried to track down the mystery boffin in his ivory tower a long, long way away from anywhere hostile and dangerous but no one wanted to take my calls. My several messages were not returned. A short while later I received a call from a British Colonel in Task Force Helmand who discreetly informed me that I was not on message and, while he conceded that I might have a point, this was not helping Anglo-American relations. He was utterly charming but equally adamant that I was to stop by-passing the chain of command and harassing the Regional Command boffins. He also made it very clear that I was not going to receive the data I’d requested and I was to drop any further attempts at linear regression analysis.

It seemed that my off message forecasting of GIRoA perception trends was being buried by the falsehoods which interest dictates. Although this was a much more genteel and civilised dressing down than the one I’d received from TF196 it was a bollocking nonetheless. 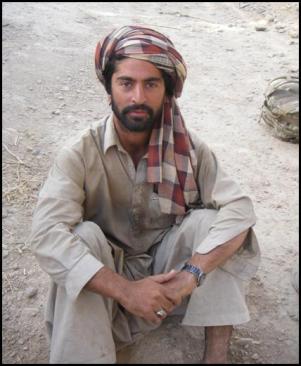 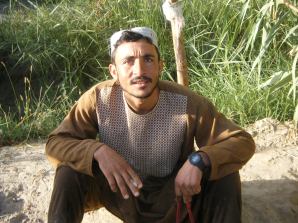 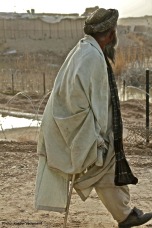 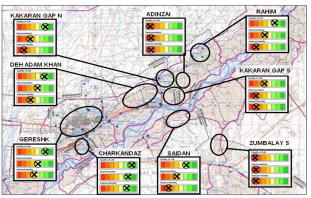 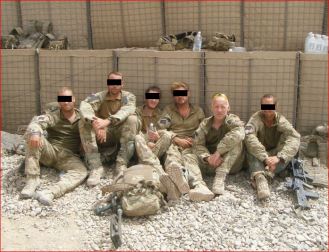 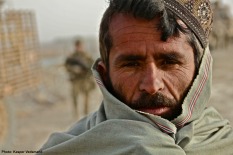 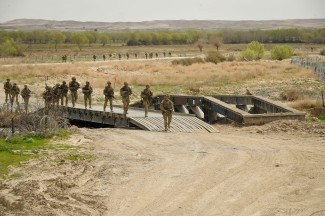 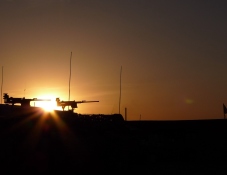