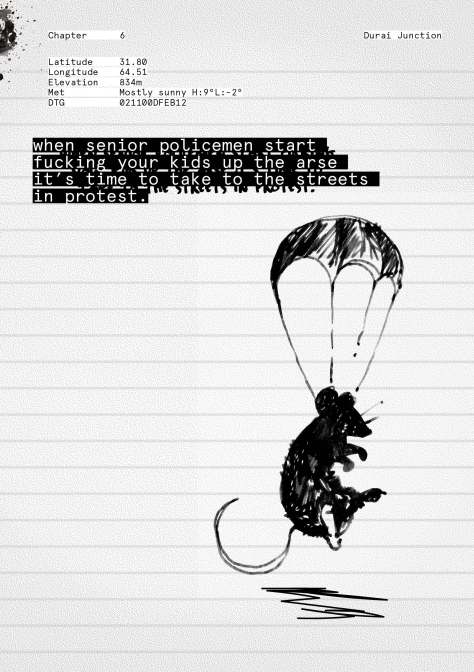 I PONDERED THESE thoughts, trying to come to terms with my deep personal misgivings about how we were prosecuting the counter‑insurgency in Afghanistan. Meanwhile, the J2 (Intelligence) cell were wrestling with an issue of their own.

It was standard practice to accuse the J2 shop of looking up their own arseholes and wondering why it was dark, but on this occasion the object of their wonder was a report from one of our patrol bases (PBs) that they were struggling to verify.

It seemed a local national (LN) had visited the base to report that one of our drones had been downed. This was not an especially unusual occurrence. Despite the exotic name ‘Desert Hawk’ these were essentially remote controlled model aeroplanes fitted with a camera. The locals knew from experience that we would pay hard cash for the recovery of our toys or for reports of their whereabouts. However, on this occasion a quick check confirmed that all our unmanned aerial vehicles (UAVs) were accounted for.

This was perplexing for the Int Cell because it left only two other possible deductions. First: another ISAF unit had been flying a drone in our airspace without our knowledge or permission – a major violation – probably with an ulterior motive. Second: the Taliban had developed their own UAV capability and were spying on us.

Both seemed possible to me. I knew from a pre‑Christmas trip to Hamley’s with Harry and Alfie that pilotless aircraft capable of carrying a small camera were cheaply and readily available. Equally, it would not have surprised me to learn that some shady SF unit, which didn’t officially exist in the ISAF order of battle (ORBAT), was operating in our AO without our knowledge.

The reality turned out to be even stranger.

The very basic living conditions in most of the patrol bases created numerous health and hygiene problems for the inhabitants. The PB in question was suffering from a rodent infestation. In addition to more conventional attempts to reduce the rodent population, soldiers who had to endure the discomfort of sharing their home with these unwanted guests had come up with some more ingenious, if less efficient, pest control methods of their own. One such endeavour involved aerial relocation by shamoolie.

The shamoolie, or illumination flare, consists of a small plastic tube with a pullstring at one end that fires a rocket propelled flare approximately 800m into the air. This then burns with a bright orange‑red flame illuminating an area of roughly one kilometre for up to a minute as it descends under a small parachute. The flares were routinely used on night sentry duty to discourage insurgents from getting too close to the base’s perimeter.

Having captured one of the unwanted rodents the unfortunate creature had been placed inside the shamoolie’s plastic tube and explosively evicted from the base, almost certainly with fatal consequences. Its body then became entangled in the parachute which, carried by a gentle breeze, eventually came down in the compound of a nearby farmer.

The farmer had never been visited by a parachuting quadruped before and correctly deduced that ISAF must have a hand in these strange goings on. As everyone knew, it was relatively easy to get the infidel to part with his money, so he further deduced that this unusual happenstance would very likely have a financial upside for him and his family.

He’d arrived at his first two deductions with laser‑like accuracy but his further assumptions were somewhat wider of the mark.

Like his neighbours, the farmer was familiar with the almost constant presence of the small ISAF aeroplanes which quietly buzzed overhead. He may even have watched them being launched or landed by ISAF troops from the nearby patrol base. He knew that the infidel paid good money to locals who found and returned these aircraft to the base when they occasionally crash landed.

Although he lacked one of the little planes, he deduced that he did have the little plane’s little pilot – who must have ejected shortly before the aircraft went down. Unfortunately, the aviator was dead and therefore unable to corroborate this version of events.

Clearly these factors were likely to adversely impact the fiscal gain he might derive from the situation, but it was still worth a punt. Surely the downed aircraft could not have travelled far after its furry flying officer had bailed out?

A short while later he reported the missing UAV to the base, embellishing the discovery of the rodent parachutist in his compound with a convincing eyewitness account of how he’d watched the aircraft, clearly in mechanical trouble, lose height as it passed over his home before the pilot ejected and it disappeared from view.

The soldiers at the base thanked him for the return of the vermin they’d tried so hard to expel, and duly reported the missing UAV up the chain of command in accordance with standing orders.

I hope they also rewarded the farmer with a few well earned US dollars for his story‑telling panache and the pure comedy gold he’d just handed them.

I never did discover if this was a true story or a work of fiction intended to wind up the J2 shop – most probably it fell somewhere between the two. In the through‑the‑looking‑glass world we now inhabited where presidents were in the pay of criminal gangs, policemen presided over paedophile rings, judicial experts served as janitors and where Josef Fritzl, Das Monster von Amstetten, might live in respectable obscurity, anything seemed possible. 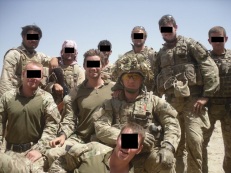 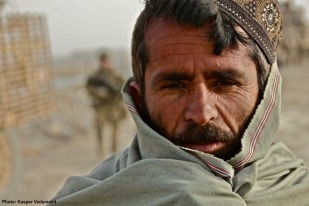 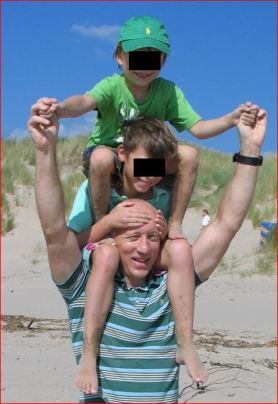 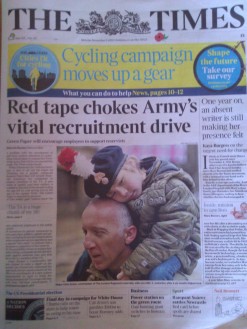 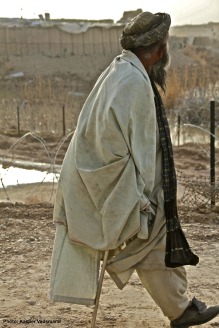 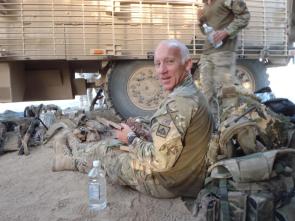 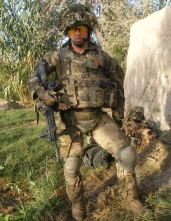